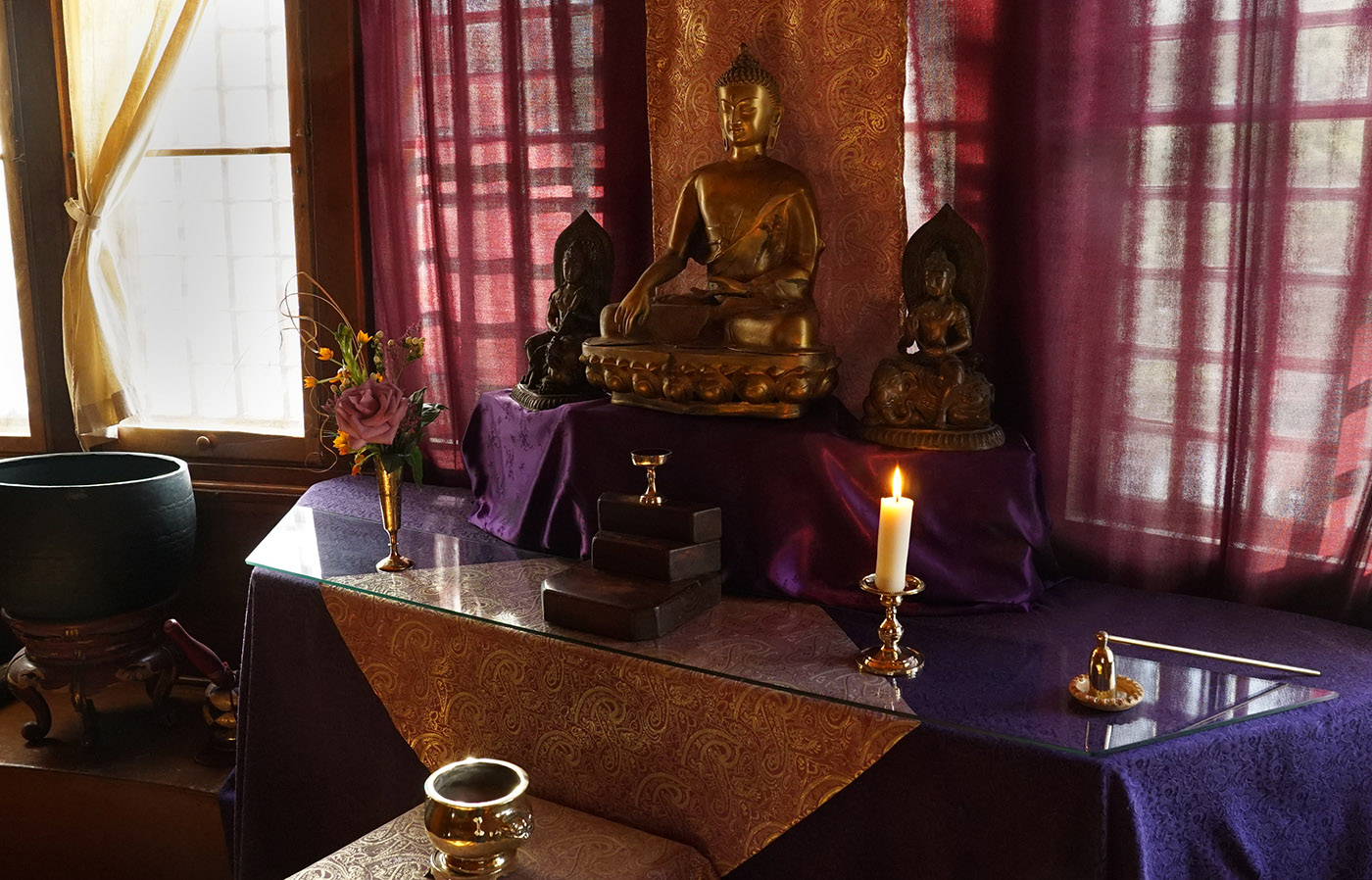 Welcome to One Continuous Thread, a new way to bring elements of a formal zazen intensive into your daily life. You will be able to view and participate in parallel with ZMM’s Metta Sesshin (formerly Shuso Hossen sesshin) in a live webcast.

We’ve designed this retreat keeping in mind the unique circumstances that each person finds themself in during this time of social distancing and quarantine. Some are able to engage fully with a sesshin schedule in their home. Others may be seeking the rigors and rewards of a zazen intensive while navigating their ongoing responsibilities to work, family and friends. One Continuous Thread can hold all of it as we sit together, even while we’re apart, and even while our own needs and experiences might be quite diverse.

After registering, you’ll receive further guidance on how to engage with the retreat, and a full schedule of the Monastery’s zendo activities. You can base your own sitting around that or set your own schedule and check in with the daily webcasted dharma talks that will also be available afterwards as audio files.

There will be opportunities for group Zoom meetings with the teachers and an “open sozan” Zoom session for everyone to share their experiences as the retreat comes to a close Saturday evening.

Shugen Roshi & Hojin Sensei
Geoffrey Shugen Arnold, Roshi received dharma transmission from Daido Roshi in 1997. He is head of the Mountains and River Order and abbot of both Zen Center of New York City and Zen Mountain Monastery. He has been in full-time residential training since 1986, before which he studied music and mathematics. His teachings have appeared in various Buddhist journals and in The Best Buddhist Writing 2009. A Zen priest, Jody Hojin Kimmel, Sensei received transmission of the Precepts from Daido Roshi, who began the process in 2009, and from Shugen Roshi, who completed the transmission in 2012. In 2017, she received full dharma transmission from Shugen Roshi. She currently serves as MRO training coordinator and co-Director of the Zen Center of NYC. Before entering the Monastery in 1990, Hojin Sensei studied fine art and trained under legendary ceramicist Toshiku Takaezu, among others. Over the years she has taught drawing, ceramics, and painting, and continues to teach on the creative process within the Mountains and Rivers Order.
Learn more about Shugen Roshi & Hojin Sensei