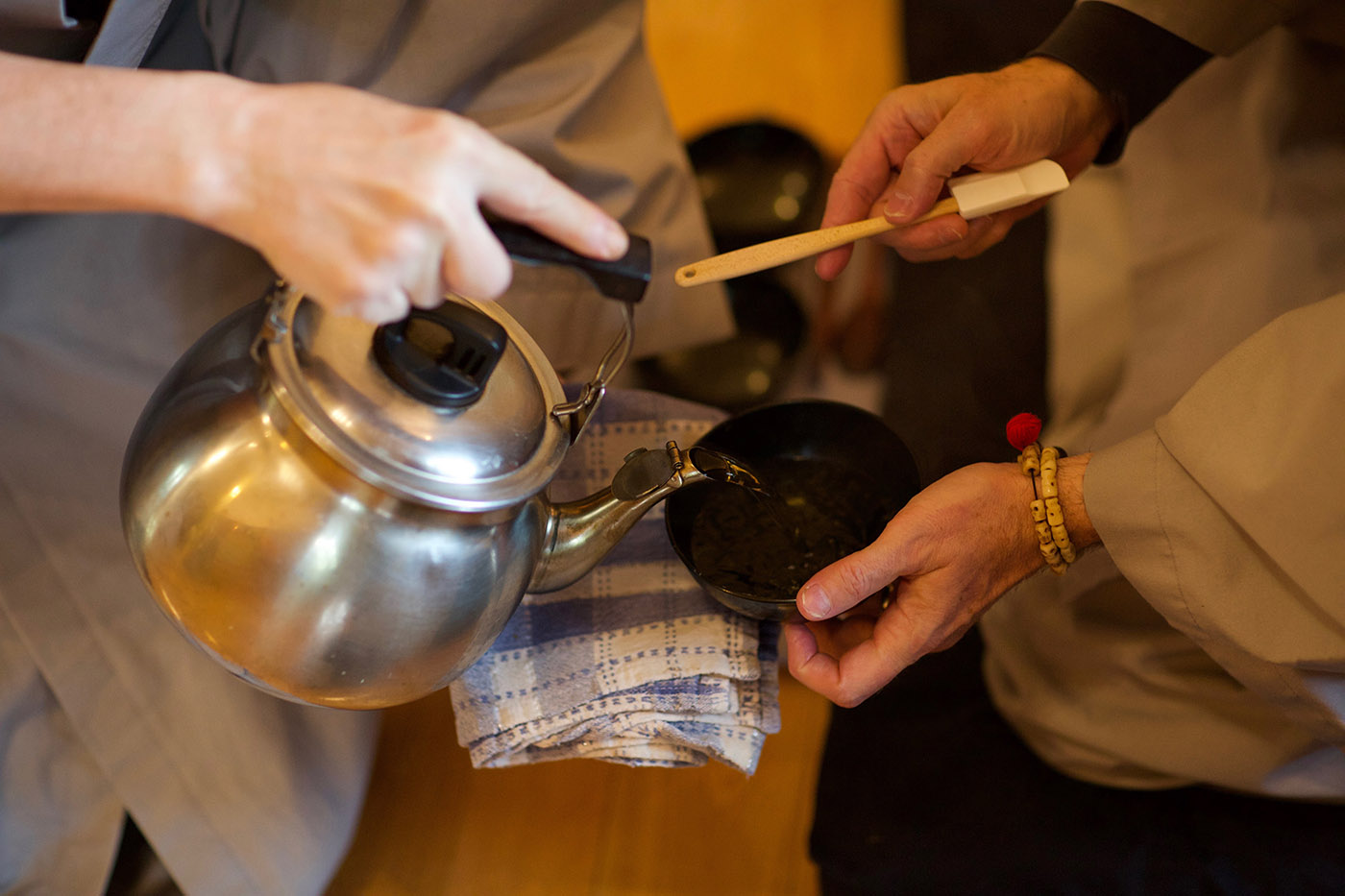 Note: If this would be your first sesshin at ZMM, please call the Training Office at 845-688-2228 to arrange for an interview before registering.

Characterized by silence and deep introspection, sesshin is recommended to anyone who is sincerely interested in experiencing intensive Zen training. We wake up each day before dawn to begin a schedule that includes 7 to 10 hours of zazen, chanting services, formal silent meals in the zendo (oryoki), silent work practice and talks by the teacher and senior students. Sesshin is an opportunity to receive personal guidance in private interviews with the teacher, draw from the tremendous strength of people practicing together and experience the deep stillness that lies within each one of us.

Those wishing to attend in person must have already attended an Introduction to Zen Training Retreat and be fully vaccinated. Because sesshin is a very intensive retreat, if you have not attended sesshin at Zen Mountain Monastery before you must have a pre-sesshin interview, so please call the Training Office to schedule at (845) 688-2228. Those who are newer to Zen practice can consider beginning with the Thursday-Sunday portion of the retreat. Most sesshins may be joined in progress as late as Friday evening. If you have any questions, you can contact the the Registrar via email.

Note: During this sesshin the regular schedule may be adjusted and the teachers will be less available for face-to-face teaching than usual as they will also be participating in a sesshin running concurrently with the New Zealand sangha.

We also encourage everyone to use our Rideshare program to either arrange or offer rides to and from the Monastery.

Shugen Roshi & Hojin Sensei
Geoffrey Shugen Arnold, Roshi received dharma transmission from Daido Roshi in 1997. He is head of the Mountains and River Order and abbot of both Zen Center of New York City and Zen Mountain Monastery. He has been in full-time residential training since 1986, before which he studied music and mathematics. His teachings have appeared in various Buddhist journals and in The Best Buddhist Writing 2009. A Zen priest, Jody Hojin Kimmel, Sensei received transmission of the Precepts from Daido Roshi, who began the process in 2009, and from Shugen Roshi, who completed the transmission in 2012. In 2017, she received full dharma transmission from Shugen Roshi. She currently serves as MRO training coordinator and co-Director of the Zen Center of NYC. Before entering the Monastery in 1990, Hojin Sensei studied fine art and trained under legendary ceramicist Toshiku Takaezu, among others. Over the years she has taught drawing, ceramics, and painting, and continues to teach on the creative process within the Mountains and Rivers Order.
Learn more about Shugen Roshi & Hojin Sensei